At this point in time, you probably won't get to see the film until early 2006, probably in time for Black History Month in February. However, IFC Films is going to base their release strategy on how well the film does this week in Memphis and Charlottesville - so here's contributing to the 'word of mouth' campaign that's in effect.

If you're in the Topeka area on the weekend of Oct. 22, you'll have an opportunity to see the film. The Brown Foundation is presenting a free screening to the public Saturday, Oct. 22 at the Brown V. Board of Education National Historic Site at 7pm, but you'll have to RSVP by the 20th.

Some recent articles in Memphis and Charlottesville media:

And for some background info on Kevin and his work and the film itself:

A Conversation with Kevin Willmott, Summer 2001 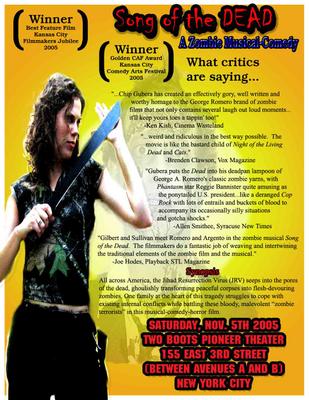