I said that I'd post some pictures from the recent shoot when I could....
following are screen grabs (some excellent DP work by Todd Norris). 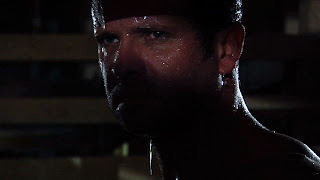 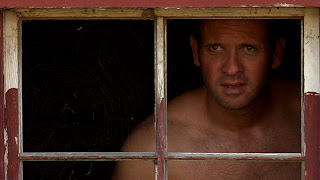 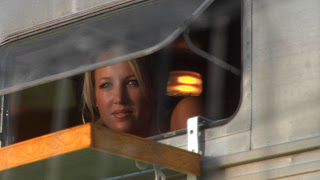 and Scott Cordes (from SUSPENSION). 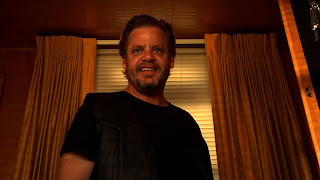 Directed by Mitch Brian (on the R, next to Todd Norris, on L.
Not a frame-grab). 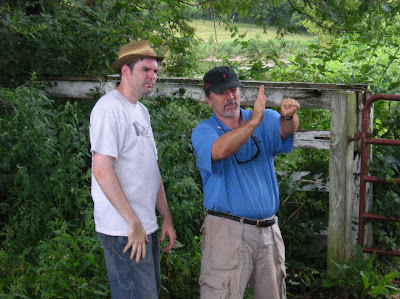 It was pretty good to work with both of them again... as I said before, the last time I'd worked with Mitch was on a short he did called STAY CLEAN, a few years back. He's been pretty busy with writing projects for awhile, so it was nostalgic to see the old gang back in action on set again.
Posted by L. Rob Hubb at 9/06/2008 05:37:00 PM No comments:

This song seems the obvious choice...

Not Dead, Not Sleeping...

... but very busy at the new job that I just started in August, which is the main reason I haven't been updating. I also got a short film to work on, Rhubarb Pie, directed by KC screenwriter Mitch Brian (who I last worked with on the James Ellroy adaptation, STAY CLEAN way back when). So a lot of things got shoved aside or postponed.