POSSESSION - Can We Still Be Friends? 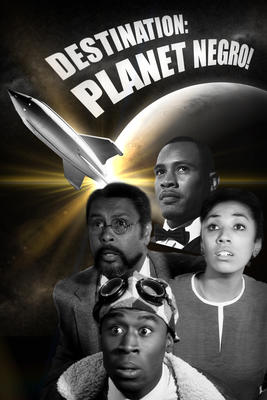 Candy Factory Films, which has had this Kevin Willmott film for well over a year now, finally, FINALLY, has made a release date for it - it will be available on several platforms such as iTunes, Amazon Prime, amongst others. Check out the article on The NerdsTemplar.com for more.

As to what the film is about - picture BLAZING SADDLES and SPACEBALLS making an illicit hook-up, and the resulting spawn being... well, you get the idea.

Logrolling this campaign because I do have some tenuous connection - Joseph Niedelander I've worked with before, and this is his brainchild; plus, it's science-fiction AND has Ed Asner participating! They're well on their way, but there's still a long way to go... if you can help out either by donating some of that disposable income their way (and getting some nice perks), or, if you're not in a position to donate, tell your friends (sci-fi/film geeks, Asner fans, etc.) about the campaign and direct them to the campaign page.

A Few Minutes At A Donald Trump Rally (or reasonable facsimile)... 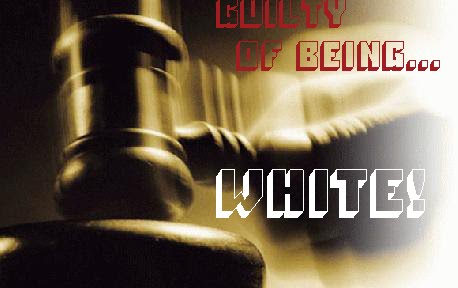 The offender in the dock... well, this is almost too easy, when all's said and done. And yet, there are some that, no matter what the good intentions were, just Turn Out Bad. 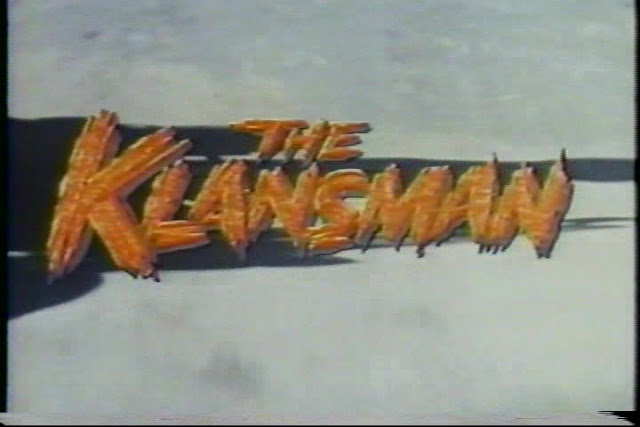 For those who care about such things, the movie would appear to have a good pedigree. Based on a novel by William Bradford Huie (who wrote the novels THE AMERICANIZATION OF EMILY, THE EXECUTION OF PRIVATE SLOVAK and did some good journalism during the Civil Rights era) and was originally to be written & directed by Sam Fuller. Apparently the studio got cold feet over Fuller's take, and hired another writer and a new director. Unfortunately, Fuller wasn't able to remove his name from the project, so we have the following credit, though the movie shot bore little relation to the draft he wrote. 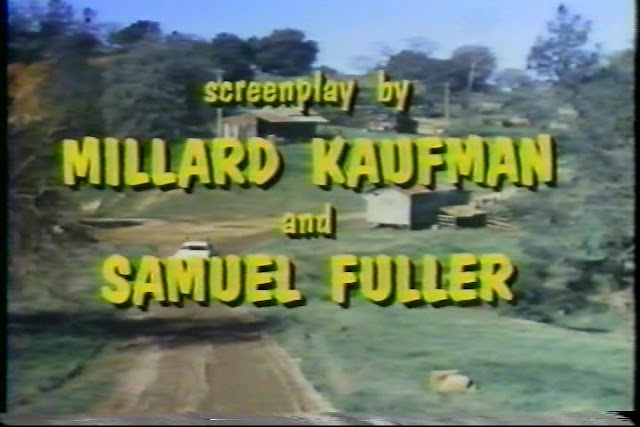 The story concerns the goings on in a 'small Southern town' when Nancy Poteet, a white woman (Linda Evans, pre-DYNASTY comeback) is raped and a black man is accused - the local klavern is up in arms and go to extract Klan justice from... well, it's never exactly known WHO the rapist was - 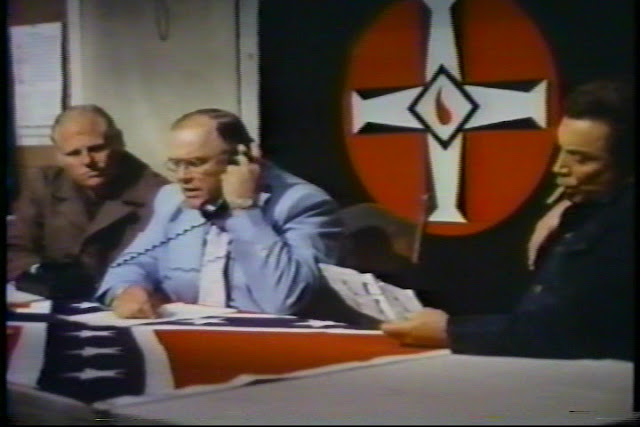 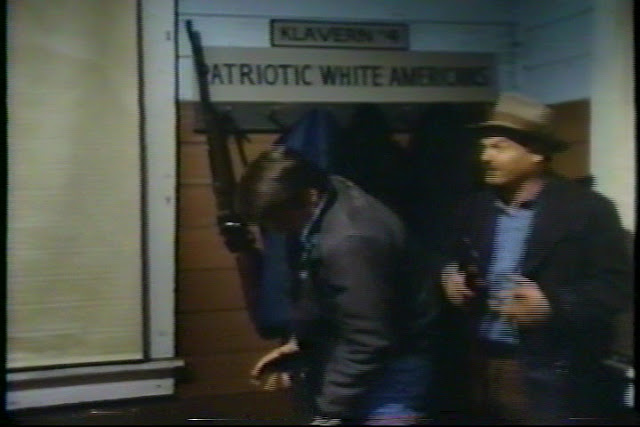 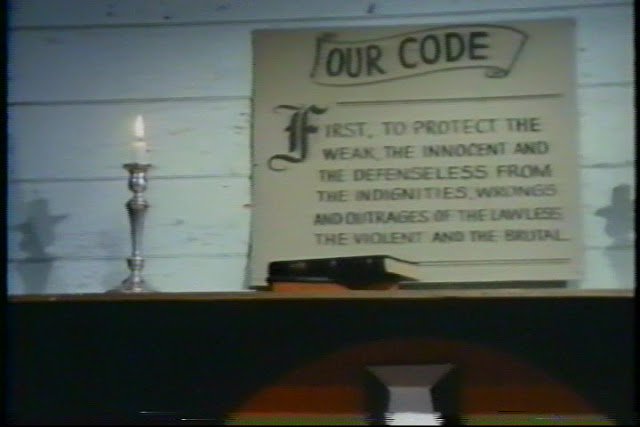 Sheriff Track Bascomb (Lee Marvin) attempts to keep the peace by taking the 'suspect' into protective custody, but denied the chance to dispense 'justice', the klavern decide that getting another Black man is just as good, and after a pursuit in the woods, 'dispense justice' - here meaning castration and a gunshot to the head. What they don't know is that this is witnessed by their prey's friend, Garth, played by O.J. Simpson. 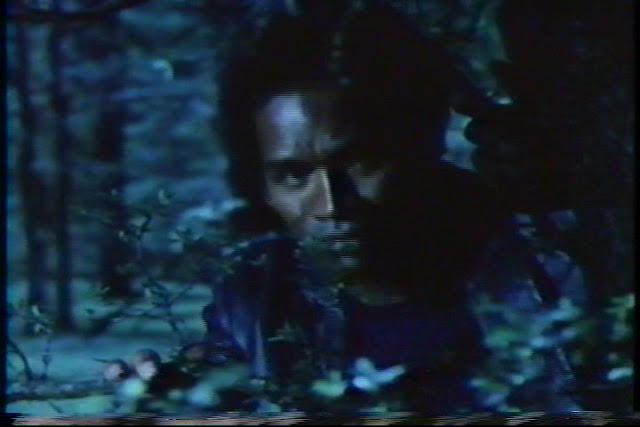 The Klavern are also worried about the arrival of an 'outside agitator', Loretta Sykes (Lola Falana) who has come to help the local progressives, one of which is Breck Stancil (Richard Burton), whose family is one of the oldest in the county. 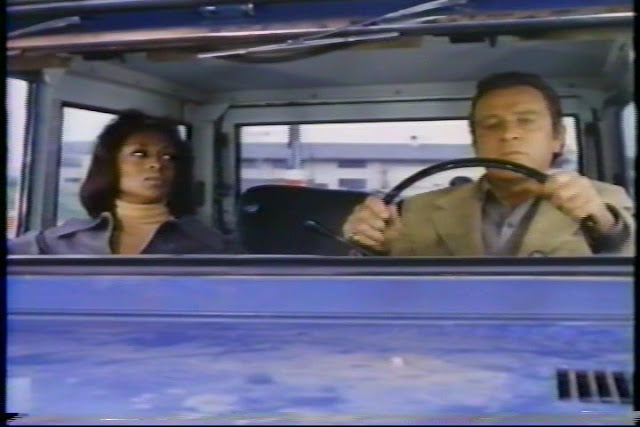 Amidst these goings-on, someone is killing Klan members; Nancy Poteet is shamed by her friends and neighbors for allowing herself to live after the rape and the klavern start getting twitchy, trying to discover who's responsible for killing them off. Suffice it to say, it ain't too hard to figure out who the Avenging Angel is. 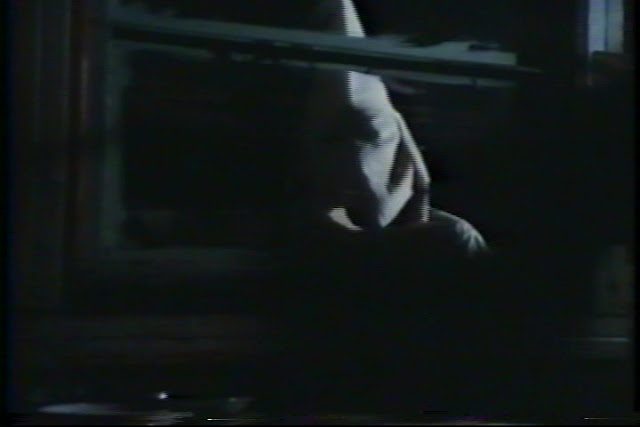 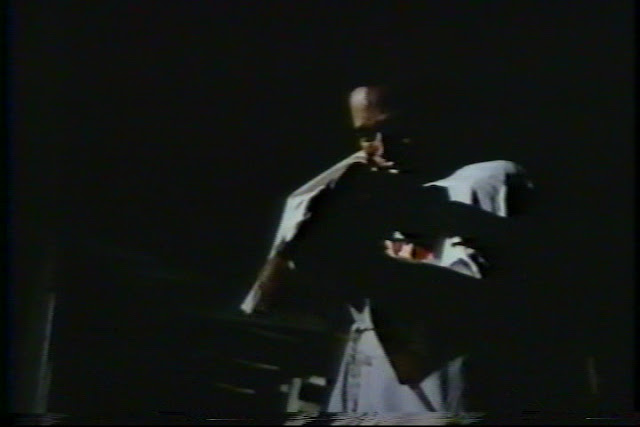 There's a lot of luridness going on - you've got rape, murder, racism, revenge, and some questionable decision-making, in which everyone is tarred with the same brush and No One Is Innocent. Especially with the added irony of O.J. Simpson's 'troubles' later on in life, now being detailed in FX's The People Vs. O.J. Simpson. In fact, the main reason THE KLANSMAN came back into view was due to the fact of one scene that has O.J. in the back of a Ford Bronco with a gun... in this instance holding Richard Burton hostage - but still... 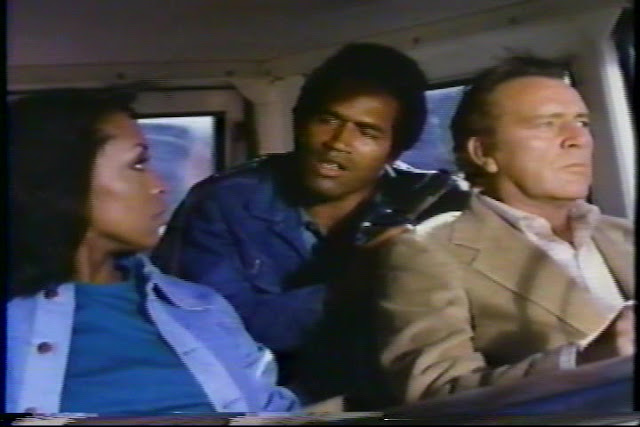 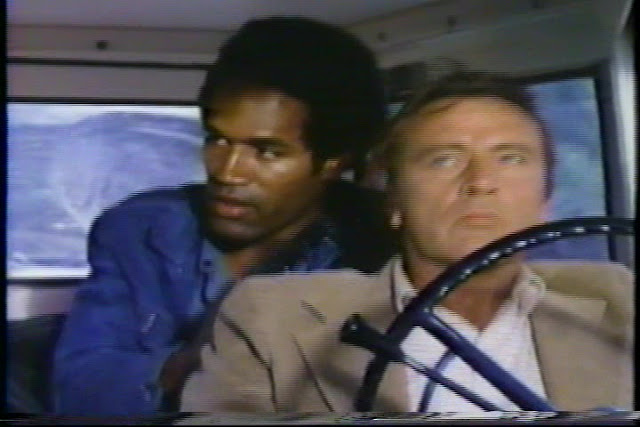 Despite an otherwise fine cast and a director (Terence Young) who had done JAMES BOND films, fer Chrissakes, this has a reputation as a disaster - one of the games you can play while watching it is in any scene with Marvin and/or Burton, try to decide which one is drunker.

However, at GUILTY... OF BEING WHITE!, the quality of the defendant is not what's on trial, but the content of their character. And despite such lurid shenanigans that used to be written off as 'that was way back in the Past', we like to remind Everybody that The Past isn't quite as far away as we all assume - otherwise things like this and that... well, they just wouldn't be. 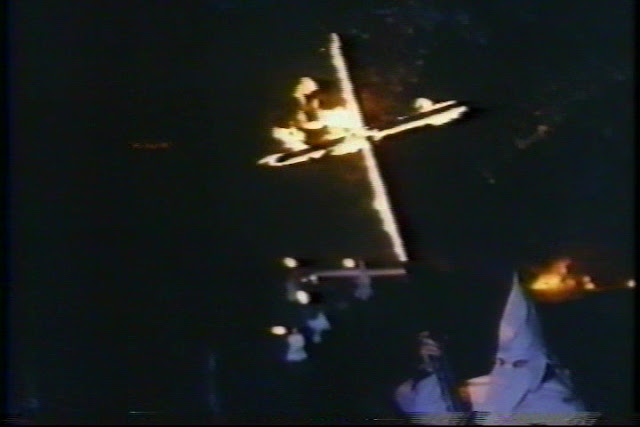 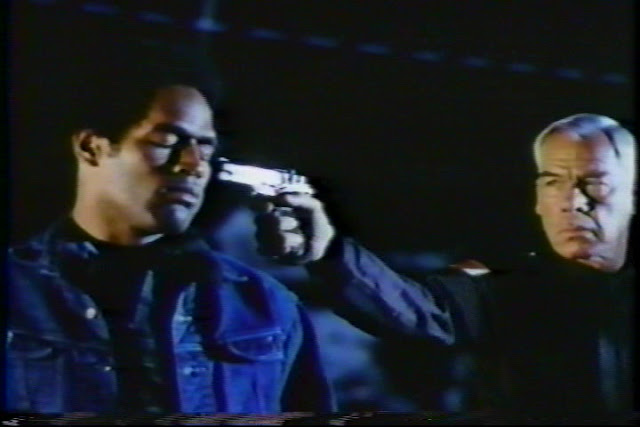 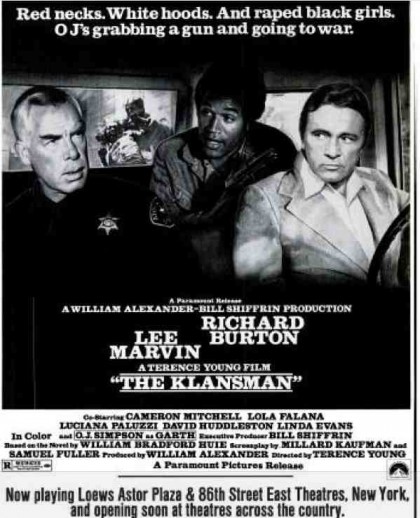