Simultaneously wrong and awesome -- when recommending supporting the Arts in schools, this may not what they had in mind.


UPDATE: Sure 'nuff, it's a hoax - well, satirical, anyway. These guys did a great job, but this is a great example why post-mortem on humor is a bad idea:

Screenings! An excuse to get out of the house and see something that was intended for people over the age of 14!! Granted, that may not be incentive for most people, but I'm sure there's at least a few of you still around out there... 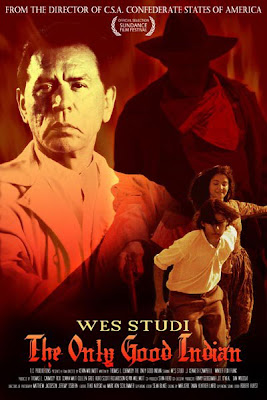 Starting this Friday, April 2, THE ONLY GOOD INDIAN (award-winning western drama directed by Kevin Willmott) will have public screenings at Screenland Armour Theater in North KC beginning Friday, April 2 and running through Thursday April 8th. Kevin Willmott is scheduled for a Q&A after the first screening Friday, April 2. After this, it'll go into blackout, prior to its debut on Starz, so this will be your last chance to see it on the big screen for awhile. 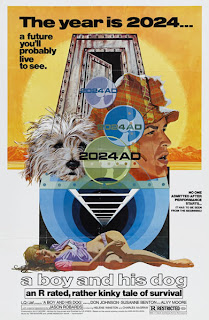 April also brings the Kansas City FilmFest (merging of the KC Filmmakers Jubilee and the Kansas City Film Society Film Festival) - this is the second year under the FilmFest name, and it looks to be a good one. Among those in attendance is director/actor L. Q. Jones, who will be screening the classic A BOY AND HIS DOG as a special presentation.

Very appropriate since KC artist Richard Corben did a graphic adaptation of the Harlan Ellison story; and the latter part of the film is set in an odd environment called 'Topeka'... 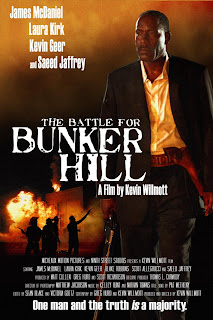 A little further away - Atlanta, GA to be exact - BUNKER HILL (now with 'The Battle For' appended to the title) will screen at the Atlanta Film Festival in mid-April. BUNKER will be playing more dates on the festival circuit this year, and I'll pass 'em along as soon as I hear about them. It recently screened at my old, abandoned college stomping grounds SIU-C, at their annual Big Muddy Film Festival.
Posted by L. Rob Hubb at 3/29/2010 05:40:00 PM No comments: