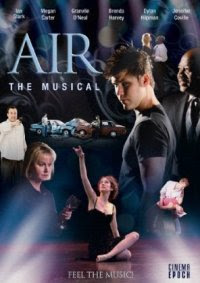 The ThroughAGlass guys, Jeremy and Chris, have been pretty busy over the past couple of years... their feature musical, AIR, has been screening around the country and the world; but when would it finally be able to get into the public's sweaty hands?

April 6, 2010 - Cinema Epoch (the same people who released fellow Lawrence filmmaker Patrick Rea's THE EMPTY ACRE) are bringing AIR to the public at large... and you'll also want to keep your eye open about where to get the soundtrack album, too.

Since I mentioned Patrick, I also need to mention that more news and stills about NAILBITER have surfaced on the Dread Central and Bloody Disgusting horror websites... the news is indeed good, and I can say that I look forward to meeting fellow crew and cast again sometime this spring...
Posted by L. Rob Hubb at 1/28/2010 09:02:00 PM No comments: