In theaters April 24 & May 1: MIL MASCARAS VS. THE AZTEC MUMMY & SONG OF THE DEAD


When I posted news of SOTD's acquisition by Monogram Releasing, I had no idea it would be so soon - like May 1 soon! But an even bigger surprise was finding out about another film out even sooner; like THIS FRIDAY!! Both movies will be digitally released - the theaters listed are in the South and Midwest... maybe there'll be other regions listed soon. Both should see their DVD releases later in the year.

I'd be happier to also see news about ACADEMY OF DOOM!, but I know there's tons of lucha fans who will be happy to see this... and good to see SOTD get some exposure in this country.

UPDATE: ACADEMY OF DOOM! is scheduled for release on June 19. So all 3 should be out on DVD by the Fall. 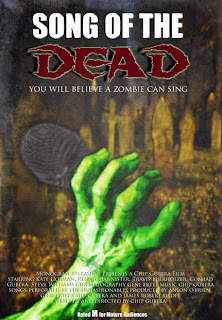